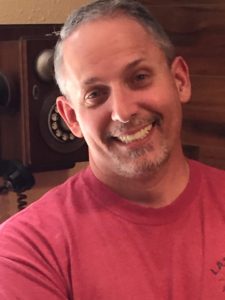 Michael grew up in Greer, SC.  He had the luck to learn to how to cook and garden from his grandparents.  As the youngest of 6 children and a house of 10 (parents, grandparents and children), it could be hectic at times.  Helen Mae (grandmother) started showing Michael how to cook.  Francis Marion (grandfather) showed him how to garden.

Every spring, Michael would help his grandfather with the garden.  From tomatoes to potatoes to okra to corn, they planted it.  Many times, he would help harvest from the garden and bring the fresh vegetables to the kitchen for that nights dinner.

His grandparents grew up in the Shreveport. LA area.  Growing up in this area gave them the opportunity to learn the local flare for cooking and smoking meats.  During the holidays, the family would enjoy a smoked turkey, smoked ham, smoked pheasant and smoked quail wrapped in bacon (quail have no fat and would be bone dry if not for the bacon).

Michael counts his blessing that he had the opportunity to learn from two of the greatest people he has ever known.  Now, he takes this love of cooking and regularly cooks for his friends.